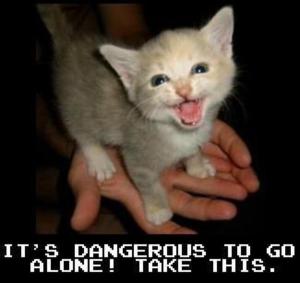 Police are concerned about a trend they are seeing in Austin’s Entertainment District: criminals targeting people walking by themselves.

Police said many of the victims are walking to and from their cars and not paying attention.

“We see both male and females walking by themselves in high crime areas, they’re looking down on their phones because they’re texting, their heads aren’t on a swivel, they’re not situationally aware of what’s going on around them – if people are following them,” said Austin police Senior Patrol Officer, Pedro Loureiro.

Many stories here in Austin of women jogging alone, with ear buds in, and being sexually assaulted.

Of course, this is talking about Austin’s Entertainment District. To me, that violates Farnam’s Law about not going to stupid places (as part of the way to avoid trouble).

But take it for what it is people: growing trend of crime and violence in Austin.

And much of it is preventable:

One thought on “It’s dangerous to go alone… in Austin”

This site uses Akismet to reduce spam. Learn how your comment data is processed.

Freedom is something we must give to others if we wish it for ourselves.

Order your nutrition products from TrueNutrition.com and use my discount code JCD1044 when you order!

I'll receive credit towards future inevitable purchases, and you receive 5% off your order!